It has been fairly over a year since I started to work on my DIY Selective Laser Sintering (SLS) 3D printer project. I didn’t think it will be an easy one, but it is much more complicated than I expected. On the other hand, this complexity is also the main reason why I decided to share it.

I like the basic goal of selective laser sintering which is the production of the functional parts. As compared to the FDM, these have outstanding mechanical, chemical and heat resistant properties which nominate them for prototyping purposes or small series production.

Printing principle is “quite simple” and straightforward. Focused laser beam sinters print material (e.g. PA12 nylon in a form of very fine powder – particular size between 20 and 60nm) together layer by layer using the precise moves of cartesian or mirror system. After a few hours of repeating this process “voila” – nice, smooth, and precise part is born. Actually, at the beginning of my project it was nearly all I knew about SLS. Believe or not, it was really not enough 😊 If you feel the same, watch this nice and descriptive video which explains the SLS printing basics.

It is possible to find tons of DIY FDM (Fused Deposition Modeling) printer builds which are somehow documented. But in SLS world is reality quite different. Despite a few DIY projects popped up on internet during last say 10 years, these are often just poorly documented. Maybe that is why it became even more interesting theme to me.

I hope I can change that status through this blog and related activities. I want to touch here on all the problems I have faced and, hopefully, show their solution. With a piece of luck, it could help to other enthusiasts who will be interested in building own SLS printer.

If you want to see the approaches and outcomes of my “predecessors” I shortlist them:

I do not say these are the only ones. You will definitely find more. It is just my selection of impressive and inspirative ones.

I defined my target like it’s common in DIY projects. It means to design, build and test the prototype of the 3D printer utilizing the selective laser sintering technology. Of course, I also wanted to make it in the cheapest way but after some time I had to change the word “cheapest” to “affordable”. Sad but necessary. The reason why is, I would say, always the same. The devil lies in the details which came up from my visions and expectations – here are planed features of my dreamed printer:

If the “devil” is still not visible for you, I will unhide every piece of him for you in this build blog. I will focus my posts on the key design parameters, electronics, heating, firmware, optics, etc. and of course on the build process itself. In other words, I will show you how I got from nothing to here 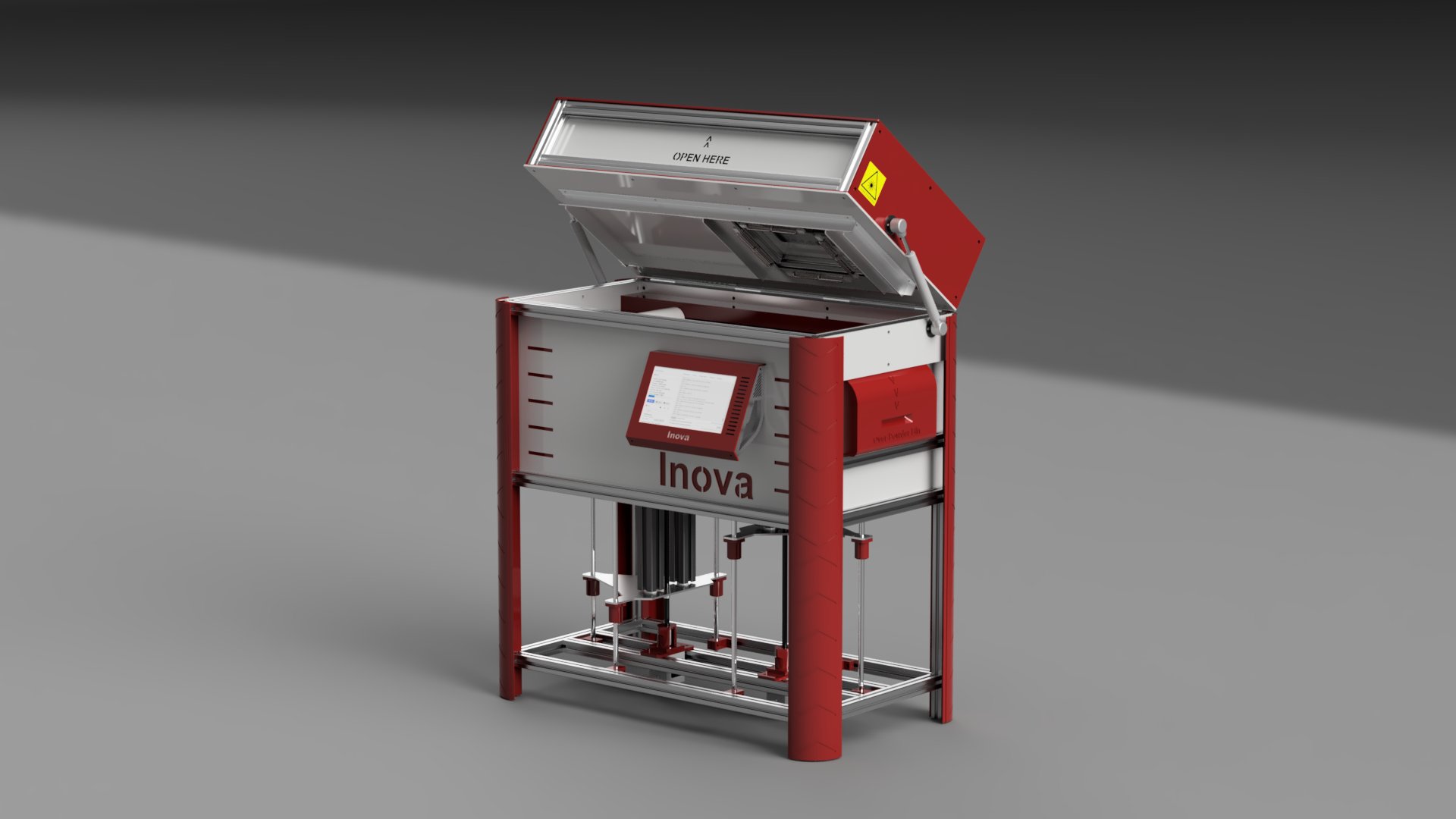 Current status of the project

Yes, it’s a question if I will ever get to final 3D printing but I think I am very close. Say, in last 15% of the project which means that I have already:

Photos documenting my progress are in galleries. Actually, I have prepared two – Build and Workshop one.

Last thing before end – I call my printer Inova 😉 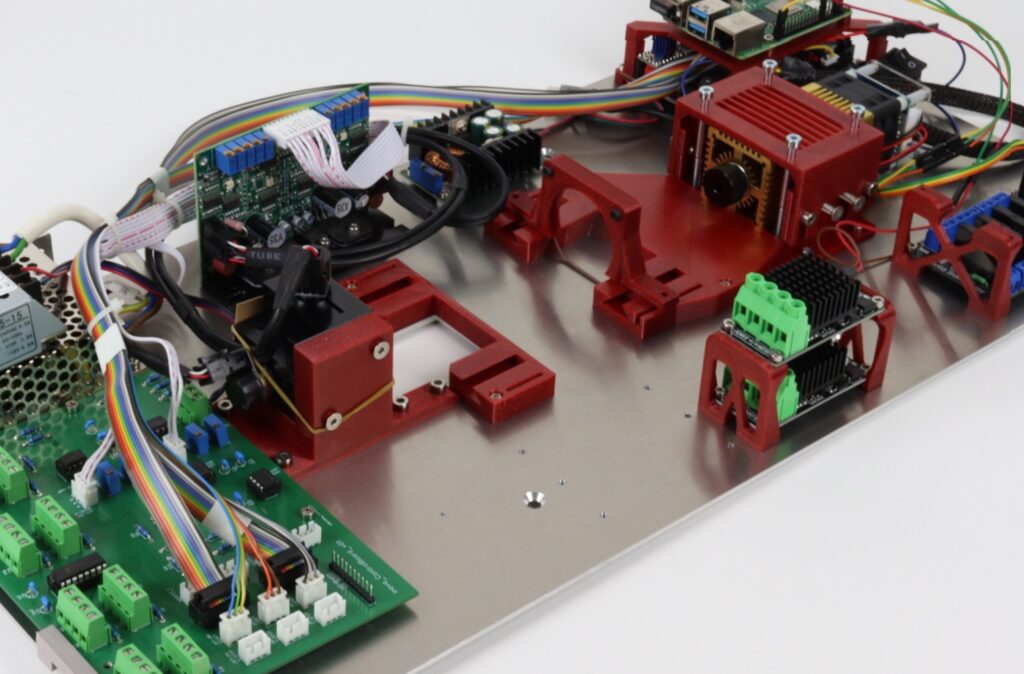 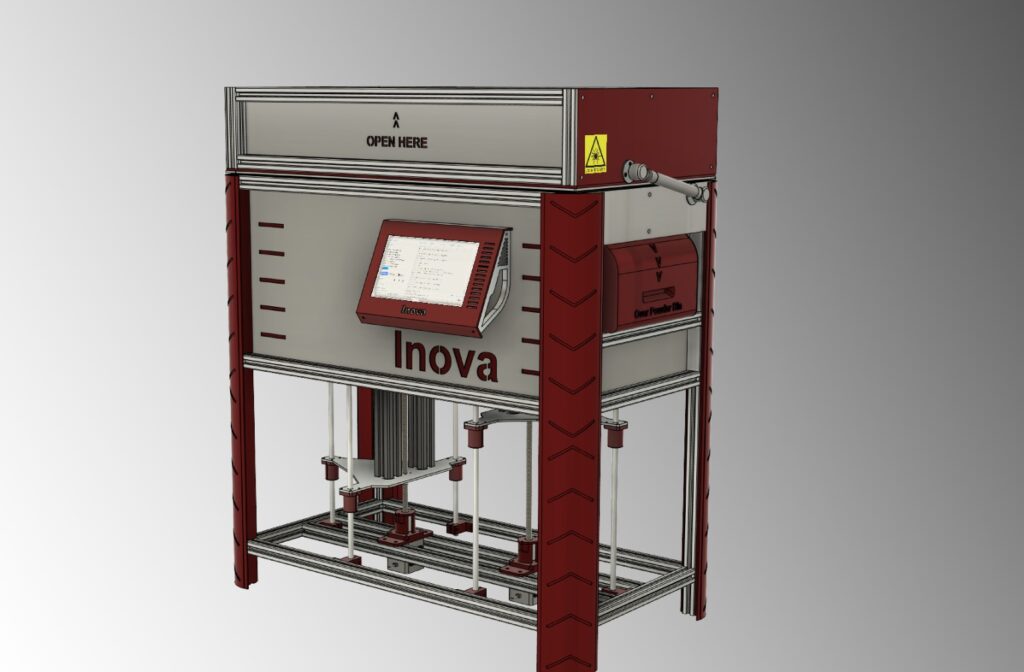